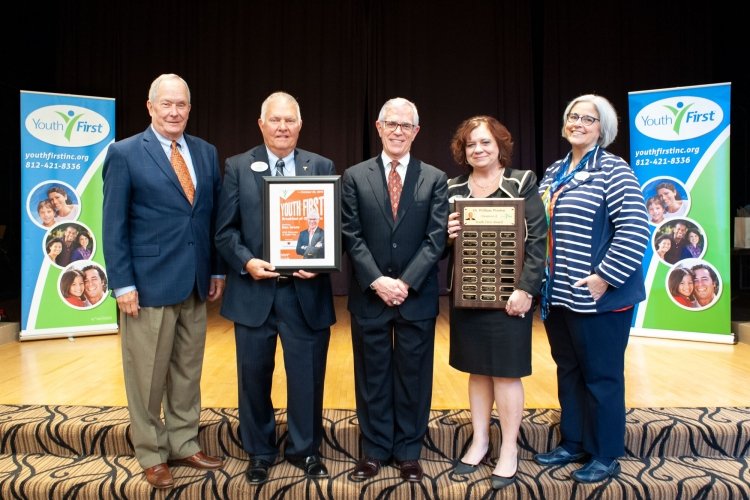 Arens received the Dr. William Wooten Champion of Youth First Award at the event, sponsored by German American. In addition to recognizing Arens, the organization celebrated its hundreds of donors, supporters and volunteers with approximately 300 attendees.

Dan’s passion for youth and the community is evident in everything he does, including raising a family with his wife Scherri, growing a business, and serving as a volunteer for numerous organizations. An Indiana native, Dan received undergraduate and graduate degrees in management from Purdue University and launched his business consulting career. In the late 1970s he moved to Southwest Indiana, where he co-founded Keller Schroeder, an information technology and consulting firm.

What is Red Ribbon Week, and Why Does it Matter?

The Secret of Happiness Isn’t So Secret
Scroll to top