Every fall communities and schools around the country honor a week known as Red Ribbon Week, sponsored by the National Family Partnership.

Red Ribbon Week began in 1985 to raise awareness of drug abuse and drug-related violence.  Although Red Ribbon Week is now a popular time for theme days and assemblies in schools, it started due to a tragic event.

Enrique “Kiki” Camarena joined the US Drug Enforcement Administration (DEA) because he wanted to make a positive impact in the fight against drug abuse.  Unfortunately, in 1985 Agent Camarena was taken and brutally murdered by drug traffickers.

In response to Agent Camarena’s death, people in his community began to wear red ribbons to honor his memory.  Because of anger and concern about what drug involvement was doing to their community, groups gathered to raise awareness, and from these groups Red Ribbon Week was born.

Not only does Red Ribbon Week honor the memory of Agent Kiki Camarena, it continues the battle against illegal drugs and helps educate communities about the associated dangers.

Red Ribbon Week is the oldest and largest drug prevention and awareness program in the United States.  Raising awareness on this topic is increasingly important, because studies now show that 10.6 percent of youths 12-17 years old are currently using some form of illicit drugs.

This year Red Ribbon Week will be celebrated from October 23-31.  The theme for this year is “Your future is key, so stay drug free.”  The theme encourages youths to think about where they want to be in life and how staying drug free will help achieve their goals.

The purpose of the week is to educate and get the conversation started on how to say no to drugs.  Participating in Red Ribbon Week activities provides the opportunity for students to join together and take a stand against illegal substances.

A dedicated group of students at Evansville’s Thompkins Middle School has worked hard to plan a great Red Ribbon Week.  They will be sharing statistics during the morning announcements to educate their schoolmates on the dangers of drug abuse.  This group helped find the information and statistics for this article. They did an amazing job planning the week!

Thompkins Middle School will not be the only school getting into the spirit for Red Ribbon Week, so be on the lookout for activities at a school near you!

Talking to Your Teen About Substance Use 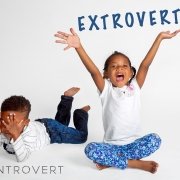 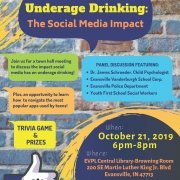 National Family Partnership What is Red Ribbon Week, and Why Does it Matter? 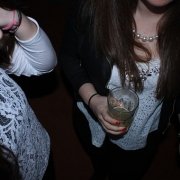